MIRACLE: MAN DIES AND COMES BACK TO LIFE DURING SERVICE

Pastor says prayer brought man back to life during service 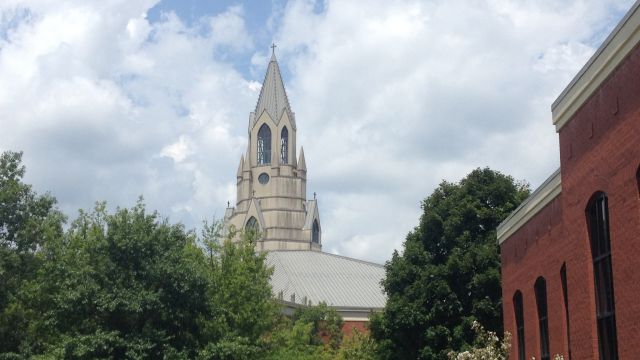 On Sunday, pastor Dr. E. Dewey Smith knew right away that something wasn't right with a person in his congregation at the House of Hope Church in Decatur.

A man who was visiting went into cardiac arrest. Witnesses say he was out. The man was unconscious for about 15 minutes.

"He was out at one point where he did flatline and they were doing CPR to get him back," said witness and church member Christina Hairston.

Smith didn't rely on just CPR. He called on a higher power asking the whole church to start praying.

"I just felt led to pray," said Smith. "I didn't know what else to do. I felt it was a critical situation so I just wanted to pray and I do believe in the power of prayer."

Members could not believe what they were witnessing.

"Sometimes you feel like you don't even have words to be able to describe how amazing it was, how awesome it was to see God manifest his power," said church counselor Khaalida Forbes.

After several minutes of raised hands in prayer and emergency personnel working on the patient he was revived.

"When they raised the IV I knew that was a glimmer of hope and I knew that something powerful had taken place," Smith said.

Some witnesses claim there was even more divine intervention at work during this service.

"What was even more of the blessing of God's hand was the fact that there were already emergency medical people that were already on campus at the time," Forbes said.

The responders were at the church for another call that turned out to be nothing. But they hadn't left yet.

"They ended up wanting to stay just to view pastor's last points and continue watching after finishing with the other member," Hairston said.

As much as the pastor and members give testimony that prayer saved that man, they know there will be people who doubt them.

"God is bigger even than science," Forbes said.

"They started coming at him (pastor) saying that's medically impossible for that to happen," Hairston said. "The thing is we are not looking at medicine, this was a miracle."

To watch the service where the man collapsed, click https://www.youtube.com/watch?v=Jj-x2bm0BTU&feature=youtu.be